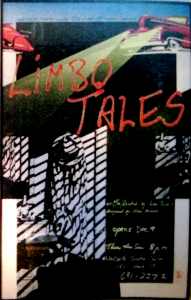 Winner of the Obie Award. Produced with great success by the avant garde Westbeth Theatre Center, in New York City, where they enjoyed an extended run

Brilliantly inventive and evocative, the plays employ striking theatricality to probe into and illuminate the disjointed states of mind of two men who have been physically and spiritually divorced from reality 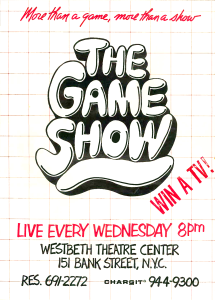 "Some television, some theatre, a little rock and roll and combined into something that, well, you're not likely to forget..." - Villager

A live game show based on the news of the week with comedy, music, dancing and satire. Two celebrity player personalities play with two players picked from the audience for prizes and a chance to enter THE HALL OF MONTE!

In 1991, Cy Coleman and Ira Gasman came to Westbeth Theatre Center to develop a new project. THE LIFE went into performance less than a year later. With music composed by the Tony, Emmy and Grammy award-winning composer Cy Coleman, THE LIFE moved to Broadway in 1997. 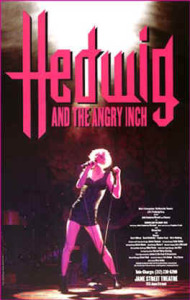 There had never been a show like HEDWIG AND THE ANGRY INCH when John Cameron Mitchell and Stephen Trask developed it at the Westbeth Theatre Center in early 1997. From there it moved on to an Obie award-winning, Drama Desk and Grammy award nominated Off-Broadway run, and then to win the Audience and the Best Director awards for the film version at Cannes.

After earning a reputation as the bad girl of comedy, Sandra Bernhard was ready to take the theatre world by storm in 1997. Armed with only her wit and attitude, I'M STILL HERE DAMMIT, played a sold-out run at Westbeth Theatre Center before moving to Broadway. 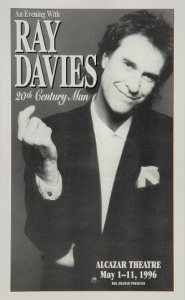 "These songs, written in his late-60?s style, showed that Mr. Davies powers as a lyricist have hardly waned and that his voice was still capable of hitting the sweet high notes that can turn detailed observations into perfect pop."- NY Times

20TH CENTURY MAN: AN EVENING WITH RAY DAVIES was a musical event that was intimate, honest and captivating. At times nostalgic, at other times insightful, Mr. Davies offered new ways of listening to his songs letting the audience share the story behind the music. 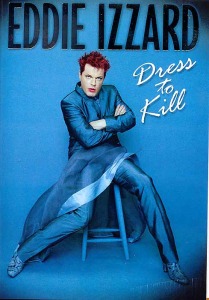 "The most popular, and exportable, British comedian since the heyday of Monty Python."- New York Times

Following up on the 1998 Emmy Award-winning success of DRESS TO KILL and the nine city sold out CIRCLE tour in 2000, WestBeth produced SEXIE in the fall of 2003, selling out sixteen cities across North America. Eddie's hilarious, insightful and boundary-breaking comedy has made him one of the most sought after performers in the world today. 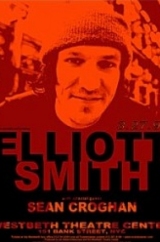 The Oscar nominated composer of "Good Will Hunting" had been performing at the WestBeth for years in the CMJ Music Festival when he did his solo show there in 1999. Later that year, WestBeth Theatre Center also produced Elliott to sold out crowds at Town Hall. Before his death in 2003, Elliott went on to become the recording industry's hottest Indie-rocker, with songs featured in such blockbuster movies as "Keeping the Faith," "American Beauty" and "The Royal Tenenbaums." 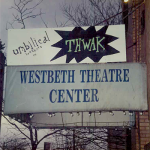 The Brothers are writer/performers David Collins and Shane Dundas, whose past shows include Don't Explain and Heaven by Storm. The two have performed these pieces all over the world, including on London's West End and in Germany, South America, South Africa, Singapore, Australia, New Zealand, Spain and Canada. Awards given to the purveyors of "tightly choreographed mayhem, mime and live audio acrobatics" include five consecutive years worth of Australian Entertainment's MO Award for Best Comedy Group, the Critics Choice Award for comedy in 1995's Edinburgh Festival and the United Slapstick Award in Germany. 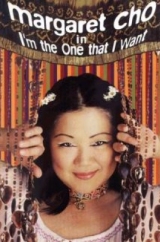 Developed and presented at the Westbeth Theatre Center, Margaret Cho’s solo show, I'M THE ONE THAT I WANT, played to sold out audiences.