One of the most acclaimed comedians of her generation, Izzard’s unique, tangential, absurd, and surreal comic narratives are lauded for their creativity and wit, earning her a New York Drama Desk Award and two Emmys for Dress to Kill, two British Comedy Awards for Top Stand-Up Comedian, and an Olivier Award nomination for Outstanding Achievement.

On TV, Izzard most recently guest starred in the series, Hannibal, on NBC.  She starred in and served as a producer on the critically acclaimed FX Network Show, The Riches, opposite Minnie Driver, guest starred in the final season of Showtime’s United States of Tara, and her 2010 documentary, Believe: The Eddie Izzard Story, received an Emmy nomination.  Izzard can next be seen in Playstation's Powers.

Her long list of film and stage credits includes Valkyrie opposite Tom Cruise, Steven Soderbergh's Ocean’s Thirteen and Ocean’s Twelve opposite George Clooney and Brad Pitt, David Mamet's Race and The Cryptogram, the title role in Marlowe's Edward II, and A Day in the Death of Joe Egg in London and on Broadway which won her a handful of awards, including a Tony nomination for Best Actor. 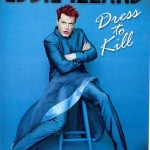 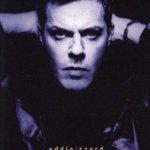 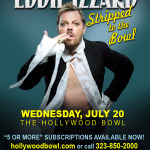 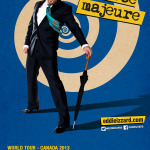 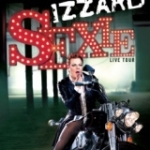 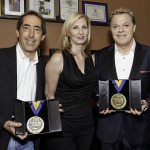 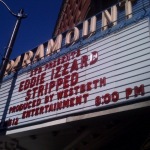 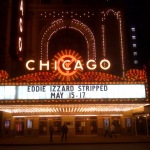 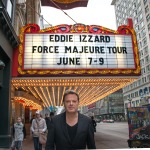 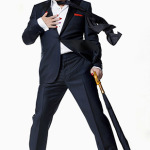 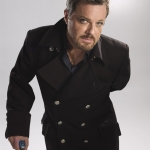 Eddie Izzard is heading to Belleville, Ontario to perform their version of Charles Dickens’ Great Expectations on September 24, 2021 at The Empire Theatre. “You may know me as someone who performs live comedy around the world, but now I perform live drama as well. On the 7th Feb 1812 Charles Dickens was born. On…

After a very successful weekend of shows earlier this month, the actor and comedian will once again be at the CAA Theatre for a return engagement.  Charles Dickens’ Great Expectations  and Eddie Izzard The Remix: 1988-2018 will play Saturday August 28 and Sunday August 29, 2021. Izzard is in Toronto filming the TV series Lost Symbol so is taking the opportunity to…

Eddie Izzard opens The CAA Theatre in Toronto with 2 shows!

The Actor and comedian will perform: Eddie Izzard The Remix: 1988-2018; and Charles Dickens’ Great Expectations at the CAA Theatre in Toronto on Saturday August 7 and Sunday August 8, 2021. Izzard is in Toronto filming a TV series and in a break from the series will be among the first performers to reanimate one of the city’s major…

Today marks the 23rd Anniversary of Eddie Izzard’s first performance of ‘Dress To Kill’ at the WestBeth Theatre Center.  In the clip above, Eddie Izzard and Arnold Engelman talk about how it all started!   The zoom chat was recorded during Eddie Izzard’s Run For Hope on January 31st,  2021.  Eddie completed 32 marathons and…

PRESALE BEGINS NOW – USE CODE BEES Tickets Go On Sale Friday, January 18 at 10:00 AM Local Time. Except For The NYC Shows Which Go On Sale At 11:00 AM  Eddie Will Tour Wunderbar To 45 Countries Performing The Show In Four Languages Eddie Izzard announces U.S. tour dates for his Eddie Izzard: Wunderbar…

Eddie Izzard Work In Progress in LA – On Sale Now!

Eddie Izzard will be creating and testing his newest show for a limited time at the Hudson Theatre and The Hayworth in LA! This is a rare opportunity to see one of the masters of comedy in an intimate venue and be a part of the creative process while he builds a brand new show. Hudson…

“Eddie Izzard has done something which would be a terrifying concept for many performers. He has stripped away the barriers and given a candid account of his life so far. The result is an expectantly funny yet emotionally charged evening.” – The Reviews Hub “Full of pathos, honesty and boomerang hippos, Believe Me is a wonderful…

Eddie Izzard – NYC Work in Progress for One Week Only!

Eddie Izzard will be creating and testing for his newest show at the Vineyard theatre for one week only! This is a rare opportunity to see one of the masters of comedy in an intimate venue and be a part of the creative process while he builds a brand new show. September 10-15 7PM & 9:30PM each night!…

Force Majeure 2 – The Reviews so far!

We’re already halfway done with Eddie Izzard’s second Force Majeure Tour! Have you seen it yet? Check out what some people are saying…  Proving intellectual comedy is still alive and well, Eddie Izzard brought his Force Majeure world tour to the Pearl at the Palms Casino Resort in Las Vegas for two hilarious performances on…