“Sheer Comic Genius. He is the most brilliant stand-up comedian of his generation.”
- The New York Times

“The funniest man in, well, pretty much all of the known universe”
- The Los Angeles Times

“A national treasure” - The Guardian

February 16, 2015 -- Eddie Izzard will bring his massive Force Majeure world tour back to the U.S., kicking off May 19 in Fargo and visiting 25 cities through July 1 including a June 6 return to the Hollywood Bowl in Los Angeles. Tickets go on sale Friday, February 20. Presented by WestBeth Entertainment, a full list of U.S. tour dates with links to tickets are available at www.EddieIzzard.com. Follow Eddie here.

Eddie’s 2015 U.S. tour follows his 2014 run of U.S. tour dates where he performed 50 shows in 32 cities in 64 days. Force Majeure is the most extensive comedy tour ever; launched in March of 2013, the tour will take Izzard to 25 countries on five continents. From Cardiff to Kathmandu and Moscow to Mumbai, Force Majeure will play throughout Europe, Africa, Russia, the U.K., Canada, the U.S., India, Nepal, The Far East and Australia. Izzard has performed the show in France performing entirely in French, Berlin performing entirely in German and plans to learn and perform the show in Spanish, Russian and Arabic.

On TV, Izzard will star in the Playstation original series, Powers, premiering on March 10. He guest starred in the series, Hannibal, on NBC, starred in and served as a producer on the critically acclaimed FX Network Show, The Riches, opposite Minnie Driver, guest starred in the final season of Showtime’s United States of Tara, and his 2010 documentary, Believe: The Eddie Izzard Story, received an Emmy nomination. 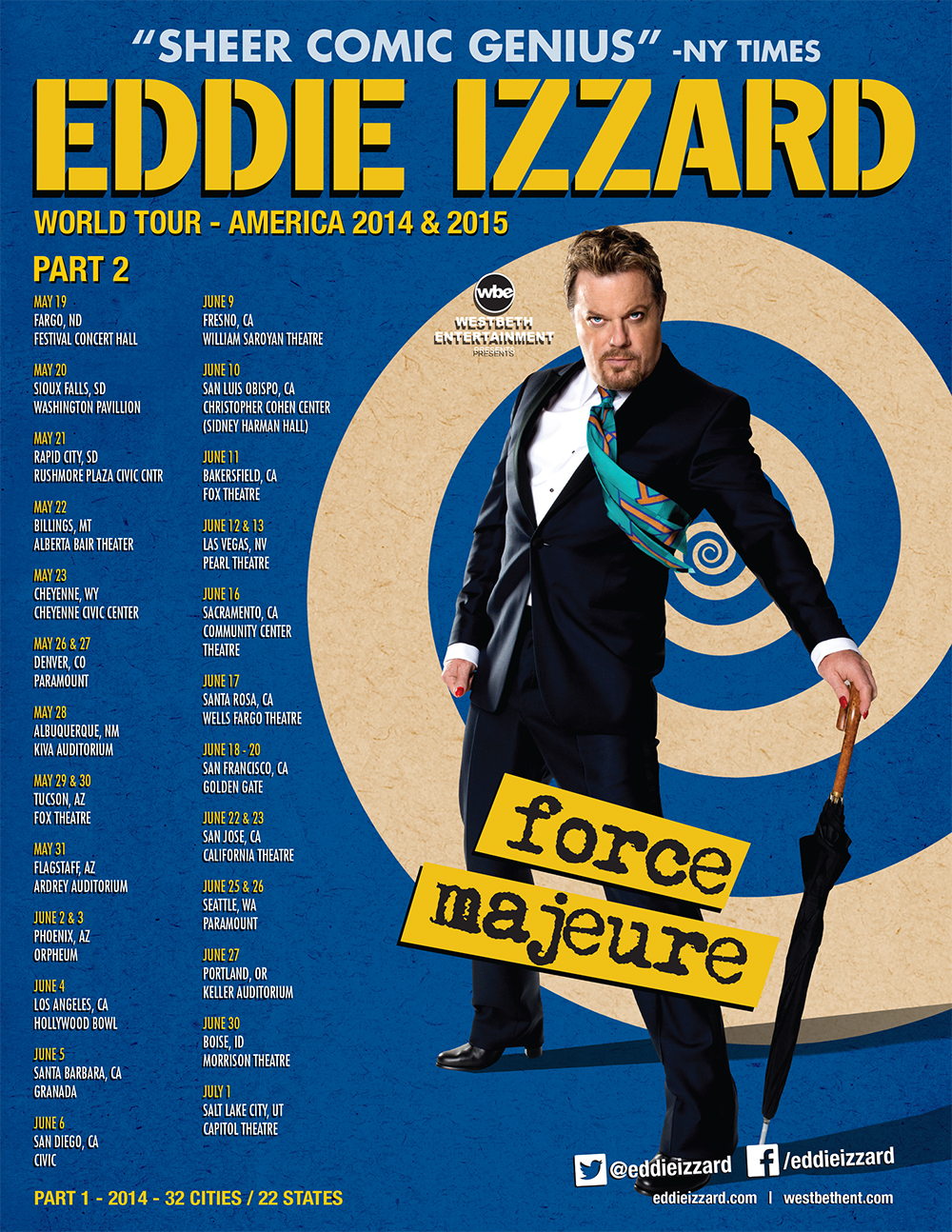