Created by award-winning director, producer, and writer Brian Henson and actor, director, and improvisational guru Patrick Bristow (Ellen, Seinfeld, Curb Your Enthusiasm, Whose Line Is It Anyway?), Puppet Up! – Uncensored is a wild romp in which the skilled art of puppetry and spontaneous comedy collide. Unpredictable and irreverent, Puppet Up!- Uncensored is never the same show twice. Expert puppeteers create twisted scenes and songs on the fly, as suggestions from the audience prompt the improvised story lines unfolding on stage. The production delivers-two-shows-in-one of improvised Henson puppetry. The hilarious puppet action is projected live on large screens flanking the stage, while the puppeteers race around below displaying their skills in full view of the audience. With live musical accompaniment and Patrick Bristow as host, Puppet Up! – Uncensored boasts a cast of six world-class puppeteers in an uninhibited live puppet performance, as never seen before. After just the first few moments of watching or rather interacting with the puppets of Puppet Up! – Uncensored, you’ll realize this is no ordinary puppet show. Of course, purists in the audience can still watch the traditional puppet show on a large screen in between blurting out suggestions that become sketches. This ‘psychotic puppet party’ also features a few recreations of classic pieces originally created by Jim Henson, Jane Henson, and Frank Oz that haven’t been seen by live audiences in decades. For adults only.

A MESSAGE FROM BRIAN HENSON: 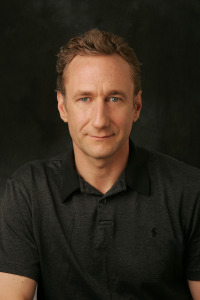 What happens when Henson puppeteers are unleashed? You get a new breed of intelligent nonsense that is “Puppet Up: Uncensored” – a live, outrageous, comedy, variety show for adults only. Enjoy an unpredictable evening when six talented, hilarious, expert puppeteers will improvise songs and sketches based on your suggestions! With a motley group of characters brought to life by the world renowned puppeteers of The Jim Henson Company, this is not your average night at the improv and it is definitely not for children. But all others are welcome to enjoy the uninhibited anarchy of live puppet performance as never seen before.

Puppet Up: Uncensored is a silly, daring and exciting challenge that has evolved from a small class where our puppeteers could work on their improvising skills. Traditionally, going back to the earliest appearances my dad did on The Ed Sullivan Show, The Tonight Show and many others, our company’s style of puppetry has always involved improvisation. It was quite often true that our funniest moments on set happened after the director yelled cut. Improvising brings a certain energy that is exciting, irreverent and unique and I wanted to strengthen that comedic voice in our work.

So back in 2005 we invited some performers, fed them pizza and hoped for the best. The class was funny and we thought other people might think it was funny too. So we had a little private show and a festival scout was there. The next thing we knew we were no longer a class but a world-traveling troupe of skilled puppeteers who improvise – or skilled improvisers who puppeteer, whichever you choose.

Perhaps what has been the most rewarding for us has been how much our audiences have embraced the rebellious anarchic energy that gets unleashed with this show. It can be a little disturbing to see unrequited love between a goat and a fish, but we find it delicious and surprising and it has been wonderful to have audiences around the world agree with us.

Performing in Puppet Up: Uncensored requires us to improvise freely and to let loose our emotional selves. We ask that of the audience too. So when we need suggestions, open your mind, release your inhibitions and feel free to shout out the first ridiculous thing that pops in your head. Chances are it is exactly what we’re looking for.

I guess for a show that is labeled “adults only”, we’re actually quite juvenile. And we’re truly excited to have you come play with us.

The Miskreant Puppets are Back and They Want You to Get Out of the $#&@ing House!

Henson Alternative’s Puppet Up! – Uncensored is back to celebrate summer and welcome Los Angelenos to enjoy a night of adult comedy for four performances only: Saturday, July 31st at 5pm & 9pm and Sunday, August 1st at 3pm & 7pm.  The award-winning, critically acclaimed live show will be hosted on The Jim Henson Company’s…

Puppet Up Returns to the Henson Lot this November!

Puppet Up Returns to the Henson Lot!