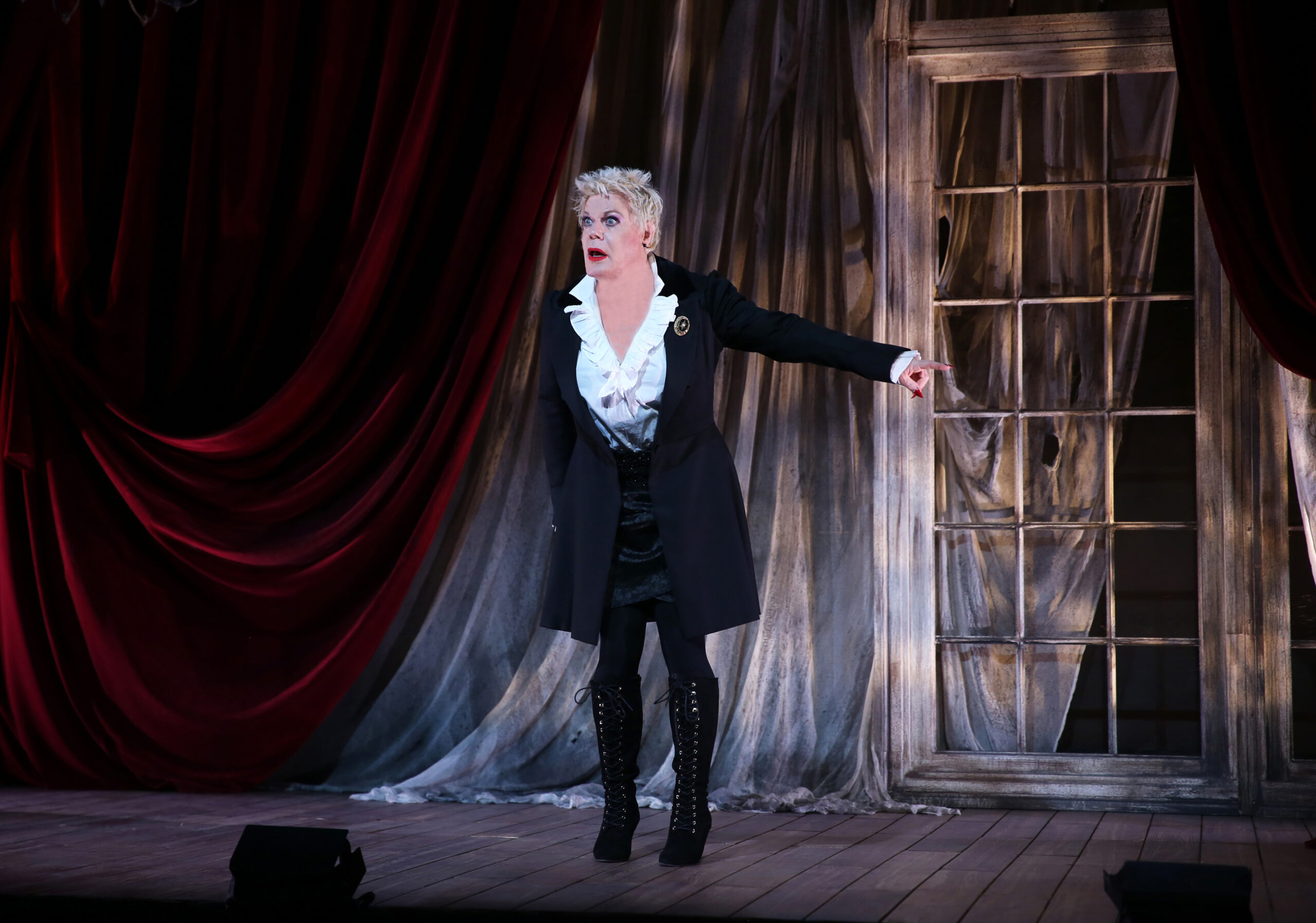 Tickets now on Sale through February 11

at The Greenwich House Theater

The producers of Eddie Izzard in Charles Dickens’ Great Expectations announced today that the run will be extended three weeks with a new closing date of February 11 at The Greenwich House Theater (27 Barrow Street).  The show opens on December 15.

Tickets are on sale at www.eddieizzardgreatexpectations.com.

Dickens’ novel was adapted for the stage by Mark Izzard and is directed by Selina Cadell. The design team is Tom Piper (set), Tyler Elich/Lightswitch Inc. (lighting), Tom Piper and Libby da Costa (costume stylists), and Didi Hopkins (Movement Director).  It is produced by WestBeth Entertainment and Mick Perrin Worldwide.

Actor, comedian, and multi-marathon runner Eddie Izzard’s boundary-pushing career spans all of these with record-breaking comedy tours and critically acclaimed film, TV, and theatre performances.  But few know that acting was her first love. This show offers the chance to see Eddie in a solo performance of the master storyteller’s beloved epic, Great Expectations.

Eddie, who is dyslexic, had never read a great work of literature, but knowing that she was exactly 150 years younger than Dickens (7 Feb 1812 to 7 Feb 1962) decided to start by reading Great Expectations. She was then inspired to develop it as a solo performance for the stage.

Great Expectations  is the 13th novel by Charles Dickens. Published in 1861, it depicts the education of an orphan nicknamed Pip. The novel was first published as a serial in Dickens's weekly periodical, All the Year Round. Set in Kent and London in the 1820s to 1830s, it contains some of Dickens's most celebrated scenes, starting in a graveyard, where the young Pip is accosted by the escaped convict Abel Magwitch. Great Expectations is full of extreme imagery – poverty, prison ships and chains, and fights to the death – and has a colorful cast of characters who have entered popular culture. These include the eccentric Miss Havisham, the beautiful but cold Estella, and Joe, the unsophisticated and kind blacksmith. Dickens' themes include wealth and poverty, love and rejection, and the eventual triumph of good over evil. Great Expectations has been translated into many languages and adapted numerous times into various media. Upon its release, the novel received near-universal acclaim. During the serial publication, Dickens was pleased with the public response to Great Expectations and its sales; when the plot first formed in his mind, he called it "a very fine, new and grotesque idea".